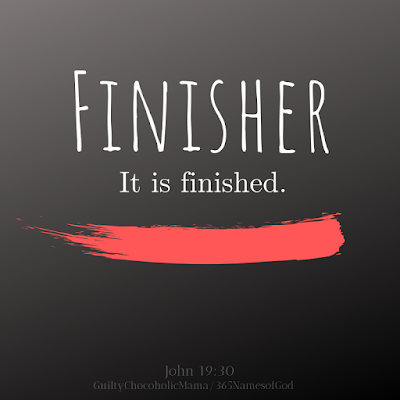 "Therefore we also, since we are surrounded by so great a cloud of witnesses, let us lay aside every weight, and the sin which so easily ensnares us, and let us run with endurance the race that is set before us, looking unto Jesus, the author and finisher of our faith, who for the joy that was set before Him endured the cross, despising the shame, and has sat down at the right hand of the throne of God." (Hebrews 12:1,2 NKJV)

"To the one who is victorious, I will give the right to sit with me on my throne, just as I was victorious and sat down with my Father on his throne." (Revelation 3:21 NIV)

But there are a few tasks that, once completed, will never have to be done again. Pitching all the old, infested hay out of our barn, for instance. My husband and his dad took on that hard, messy, laborious task in preparation for a party we were throwing in the barn, and I kept telling my husband, "Once this is done, you'll never have to do it again." (And once it was done, my husband told me he didn't want to see so much as a single decorative bale of hay back there as long as he lived.)

When Jesus had finished His hard, messy, laborious work of taking on sin and winning, He sat down.

Jesus didn't sit because He was tired; He sat because he was done. His work was finished. He had completed what He started. He had perfected what He pioneered. This sitting was in contrast to Him pacing back and forth, wringing His hands, wondering if there was more yet to do.

Are you heart-deep in some overwhelming task right now? Raising a child...starting a new ministry...fighting for a relationship? Maybe you've worked and worked at it, but it still feels unfinished. Maybe you're still pacing around, wringing your hands, trying to figure out what else to do.

Jesus' example teaches us that when we have done the job He calls us to do—when we have taken each step we can see to take—it's time to sit in the presence of God and trust Him to do the final finishing. To give wisdom. To send fellow laborers. To soften a heart.

Philippians 1:6 assures us that "He who began a good work in you will carry it on to completion until the day of Christ Jesus."

No: "carry." Fully support. Bear the weight of. Lift the good work He began and stride with it in His arms to the point of completion.

And so, freed of the burden of carrying that good work ourselves, we stride alongside Him. We run the race. We cross the finish line. We hear His, "It is finished!" And then we sit at His feet.
Email ThisBlogThis!Share to TwitterShare to FacebookShare to Pinterest
Posted by Elizabeth Spencer at 12:00 AM 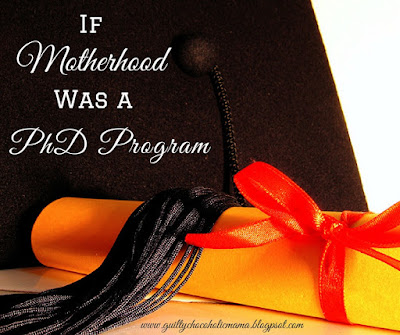 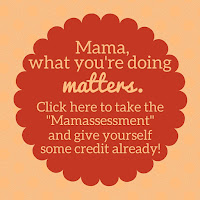 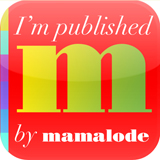